Day 3, Sunday, was 240 miles down off the peninsula down to the Kingston Lake state forest campground.

Coming back out I took some pictures of Schlatter Lake, rode into Copper Harbor, and got myself a proper breakfast. 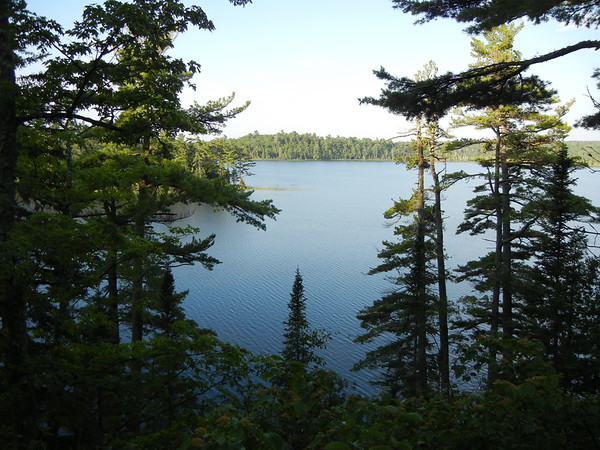 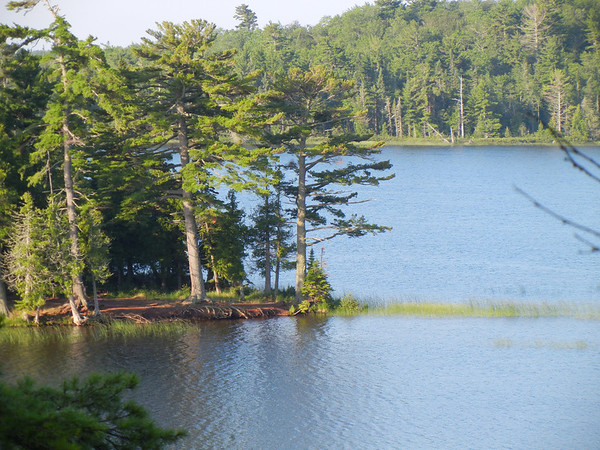 After breakfast I explored Copper Harbor. Filled up on gas first, $4.65 a gallon! 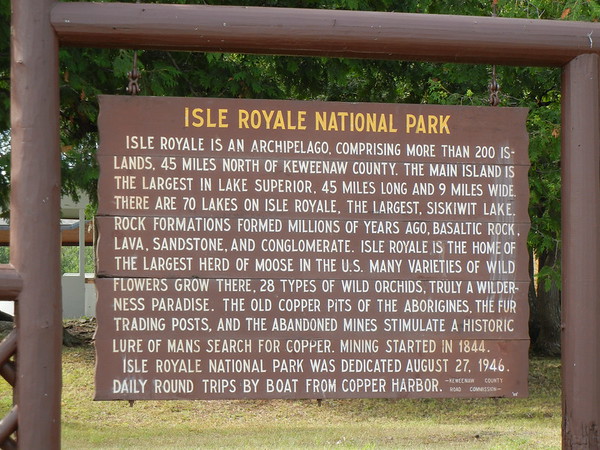 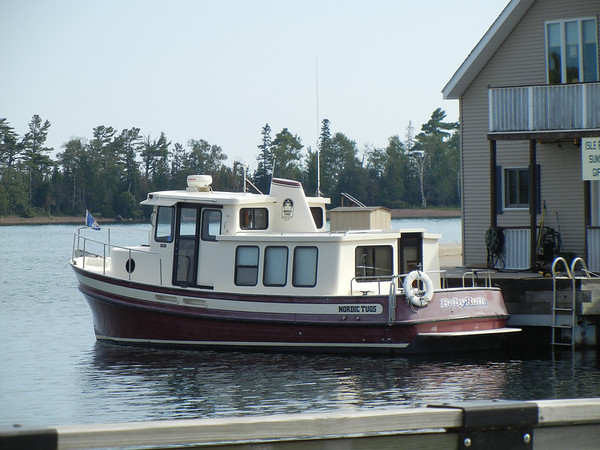 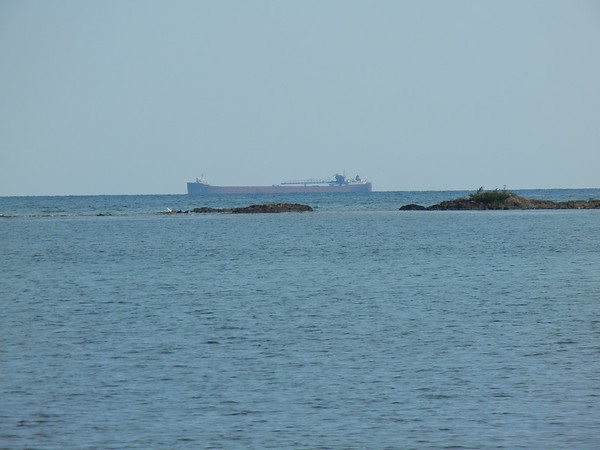 Then I headed out of Copper Harbor down Rt 41. It started out excellent, smooth pavement, sweeping corners and a canopy of branches over the road. 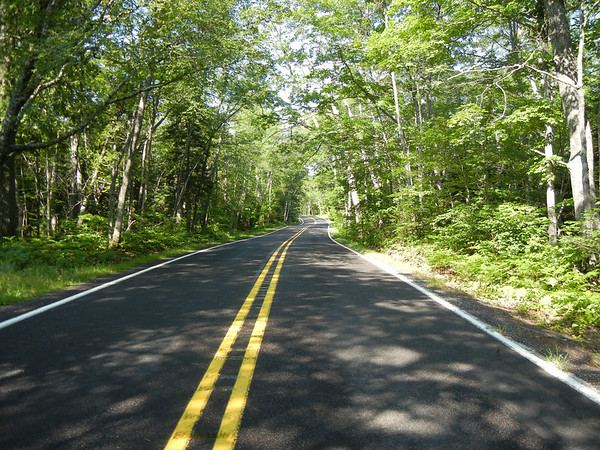 Then 41 started get a little utilitarian. I stopped at the old Central Mine site looked around and checked out the sites.

After consulting the map, I decided I missed my turn and backtracked, which I hate. I took the road down to Bete Grise and along the east shore of the Keewena.

I pulled off to get me helmet off and enjoy the day, and realized that the blueberries were out. I had a nice little berry feast. 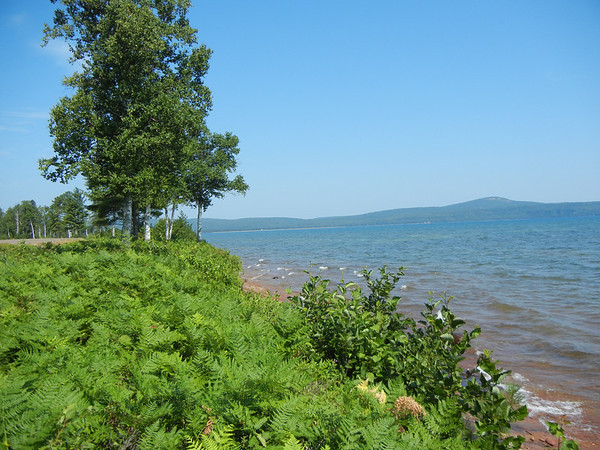 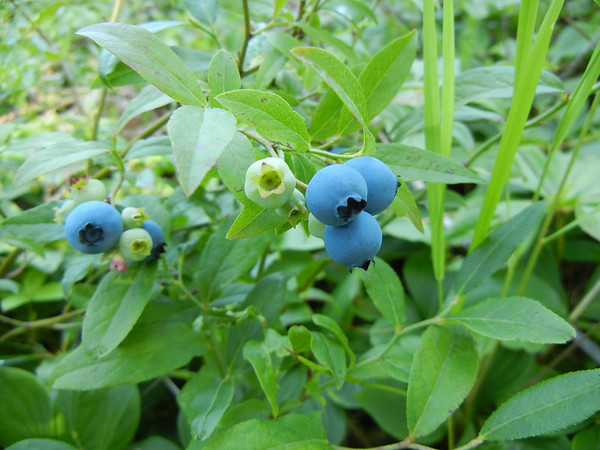 A few more miles down the road I decided in favor of a swim and a bath. The lake bottom was a big old ledge of sandstone, with smooth rocks and boulders strewn around. It was a nice refreshing stop. 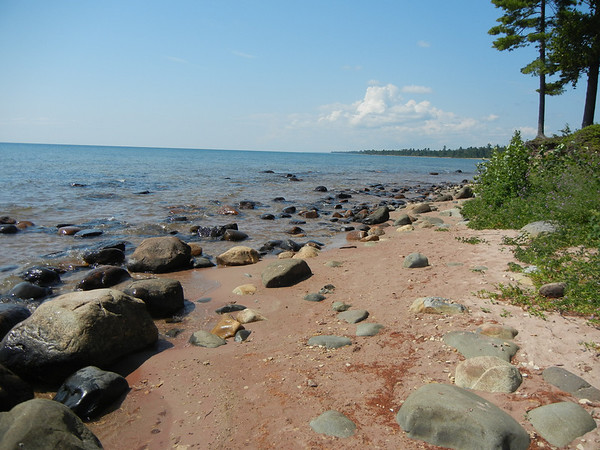 Good place for a bath. I mean, a swim.

The a stop at the Gay Bar. I didn't go in. I was fighting some stomach bug at the time, but a dose of Pepto a bit farther down the rode helped out.

The bar at Gay, MI. Not as funny when you say it that way though.

Gay has this old abandoned stamp mill in the middle of it, which seems somehow ironic.

Mason, MI has this big old lake surrounded by a fence. I wonder if it wasn't contaminated by some industrial plant there years ago. This big-old abandoned machine was at the edge of the lake. Turns out it is dredge #2 from the old Quincy Reclamation Plant. Cool details are at http://www.coppercountryexplorer.com/2009/02/the-mining-of-torch-lake. Mason might not appear on many maps, but this is south of Hubbell on Rt 26 a few miles. 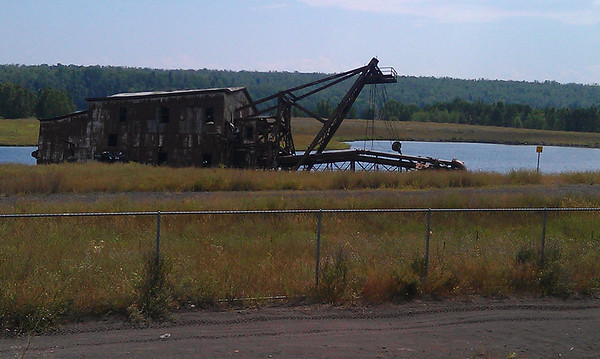 Dredge #2 at the Quincy Reclamation Plant

On the north side of the canal at Houghton I found the Quincy Smelting Works, which it looks like they're trying desperately to preserve. 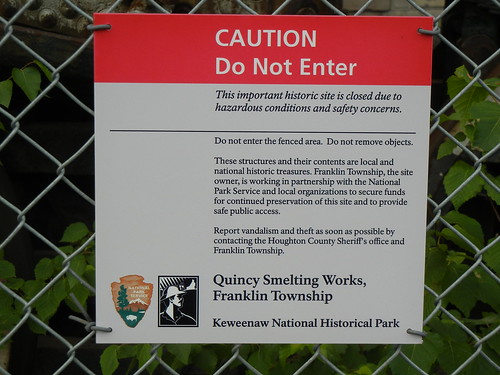 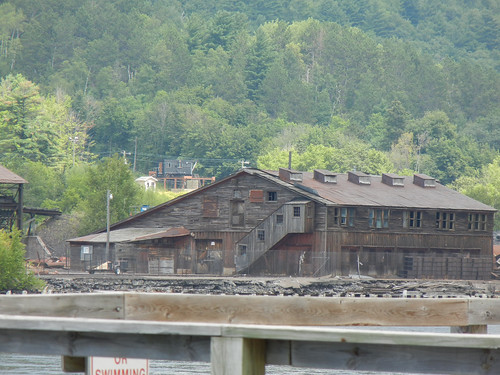 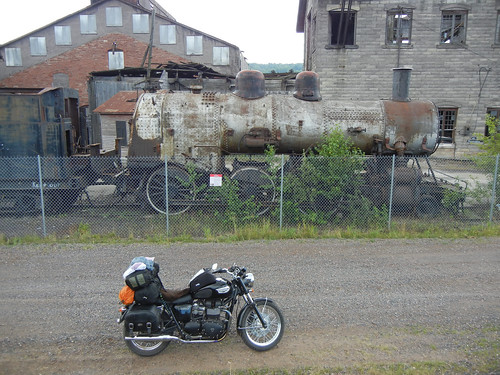 Then back through Houghton 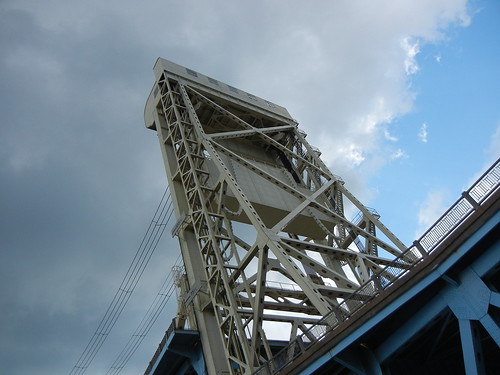 From there I just kinda made time. I wanted to make camp by around 4, which would give my tent and stuff time to dry out and give me some time for a late afternoon ride, knowing where I'd be sleeping that night. 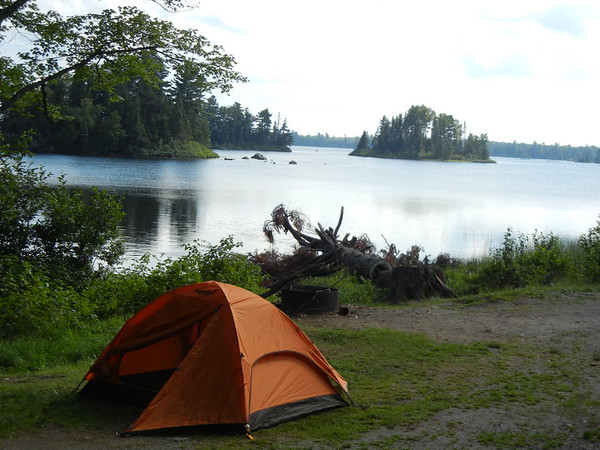 Day 3 Part 2, a ride after setting up camp

After setting up camp I set out to explore the area a bit. Turned into a nice long ride getting me back after dark.

I felt like I pushed my luck on the seasonal roads by High Rock and was looking for some easier but rustic riding. I picked some named roads on my maps, not dotted lines or anything, just roads.

Well, they turn rough quick in these parts. But no worries, still plenty of fun, I just didn't want to puncture a tire out there.

I was running a bit low on gas, and gas is scarce in these parts, but I had a route picked that would get me near some, I hoped. But, after a couple serious bog crossings and rough roads, there was a random gate in the middle of no where.

A gate in the middle of nowhere, so I guess my plans got changed.

Well, shoot. So, I backtracked, which (again) I hate. I ended up going back to L'Anse for gas. But, not all was lost, I got a cheeseburger and fries at a drive-in place, and it was good.

I was just slowing down to turn down the dirt road to the campsite, when a big old cow moose strutted out in front of me. She walked like she knew everyone was watching her, like royalty. I was able to stop and I got into the breakdown lane. There was an RV coming towards me, and I really didn't want anyone to get hurt, but if there was going to be a wreck, I wanted to see it! But she turned around and went back into the swamp, she had a calf out there and I watched them both, and took a picture: 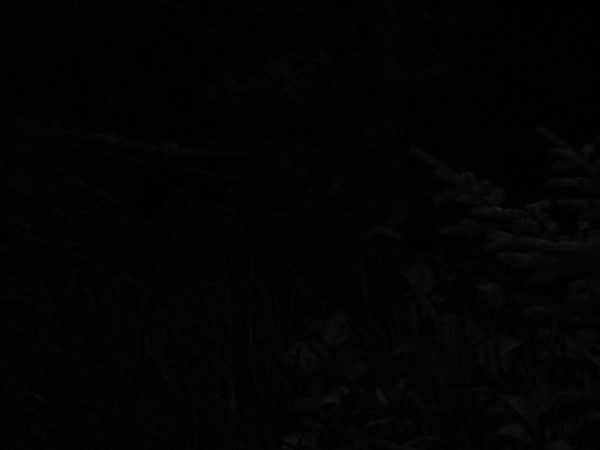 A bad picture of a moose

It wasn't a good picture though :-)

From there I had the 6 miles back to camp. There were woodcock everywhere on the road, and they'd flush straight up right as a got to them. I was sure I was going to get one in my helmet, but I didn't.